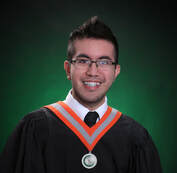 Mr. Reyes obtained his Bachelor of Science in Civil Engineering with Specialization in Hydraulics and Water Resources in December 2017 at De La Salle University – Manila, Philippines. He had several academic rewards throughout his high school and college years. He was also among the select few that was given the honor to participate in the Undergraduate Student Exchange Program in Thailand. Here, he presented a dissertation at Chulalongkorn University created by him and his colleagues regarding the wave-current interaction on Philippines’ largest lake, Laguna de Bay.

As mentioned earlier, Mr. Reyes underwent the Undergraduate Student Exchange Program in Thailand. Here, he was able to experience some projects under the field of civil engineering and design such as metro-rail line extension and high-rise residential building construction. Furthermore, extensive materials testing using a fire door resistance test procedure was demonstrated in Chulalongkorn University.

Before graduating from college, Mr. Reyes did his on-the-job training at Megawide Construction Corporation. It was during this period where he learned to apply his knowledge from school to the real world by assisting Civil Engineers with several tasks such as rebar installation, monitoring civil works in conformance to structural plans, enforcing quality control, and expediting sub-contractors.

Mr. Reyes is a licensed Civil Engineer in the Philippines; he was able to obtain his license a mere 5 months after graduating. Now, he is working under one of the best and hard-working Civil Engineers, Aquilino S. Cabrias Jr., PE, SE. The former is now ready to learn from the latter to help make ASC Engineers, Inc. an even better company.
Profile | Credentials