Mr. Cabrias has recently attended the 2019 Structural Engineering Summit held at Disneyland Hotel, Anaheim, California on November 12-15, 2019. Click the link below to watch a short video of his summit experience.
​
Click here to view the video
Meet our new civil/structural designer
September 2018

Kevin Joshua M. Reyes recently joined ASC Engineers, Inc. as the Civil/Structural Designer. He is a licensed Civil Engineer in the Philippines; he was able to obtain his license a mere 5 months after graduating. Now, he is working under one of the best and hard-working Civil/Structural Engineers, Aquilino S. Cabrias Jr., PE, SE. The former is now ready to learn from the latter to help make ASC Engineers, Inc. an even better company.
Read more...
We are hiring!
March 20, 2017 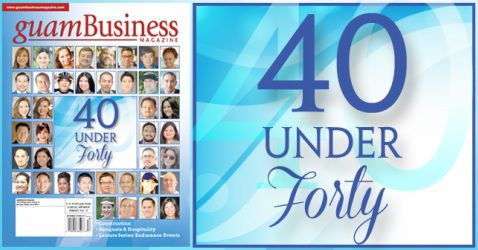 "Upon being designated as the responsible managing employee for AmOrient Engineering by the company’s president, John Robertson, Cabrias assumed full control and responsibility over all engineering services contracted by the firm. As well, all civil and structural engineering work falls under his direct supervision."

Aquilino S. Cabrias Jr., SE was featured in the March-April 2014 issue of Guam Business Magazine. According to the magazine's website, "Guam Business Magazine is an award-winning publication, with journalists and photographers corresponding not only in Guam, but also in Saipan, Palau, the Philippines and other places around Micronesia. Its staff has received awards from the Guam Press Club, Society of Professional Journalists, U.S. Small Business Administration, among others in the community."

Aquilino S. Cabrias, Jr., PE, SE, of AmOrient Engineering, has officially obtained his Structural Engineering registration in the State of California. Professional Engineers Act of California (Business and Professions Code §§ 6700 – 6799) states that, "No person shall use the title, “structural engineer,” or any combination of these words or abbreviations thereof, unless he or she is a licensed civil engineer in this state and unless he or she has been found qualified as a structural engineer according to the rules and regulations established for structural engineers by the board."
﻿﻿Cabrias Receives S.E. License﻿﻿
July 2012

Aquilino S. Cabrias, Jr., PE, SE, of AmOrient Engineering, has successfully passed the Structural Engineering (SE) Exam administered by the National Council of Examiners for Engineering and Surveying (NCEES) and has received his Structural Engineering license from the Guam PEALS Board. This examination is used by all the engineering boards across the mainland US and all its territories for SE licensure.

...."Aquilino Cabrias, Jr. landed First Place in the National Civil Engineering Quiz Contest in 1998. Mr. Cabrias was also one of the pioneer recipients of the Ayala’s Call to Leadership Conference in 1999- such conference was a gathering of the best and brightest students culled from colleges and universities nationwide."....

Follow the link below to read the article. (Note: I just found this article online and full credit is given to the author of the original article).
Read more...